A staple of any holiday meal, stuffing is one of the most popular side dishes and the holidays would be considered incomplete without this classic.

Although delicious, stuffing is also an excellent medium for bacterial growth – like Salmonella. During the cooking process, juices from the turkey that contain bacteria drip down and are absorbed by the stuffing.

The only reliable safe method to cook stuffing, is to cook it separate from the turkey – to a safe minimum internal temperature of 165°F as measured with a food thermometer – so as to kill any bacteria.

This popular holiday side-dish is called by various names: stuffing, filling, or dressing.  In the South, it’s typically referred to as dressing. In the Northeast, it’s almost always stuffing. In Pennsylvania Dutch Country, it’s actually called filling and is mixed with mashed potatoes. In the rest of the country, it’s mostly referred to as stuffing.

Almost anything can serve as a stuffing. However, the ingredients used in stuffing are often regional as well. Most differences in regional recipes are a result of what was available locally ― oyster dressing is popular in coastal areas, cornbread stuffing is popular in the South, and sourdough stuffing is big in Northern California.

While turkey is most commonly associated with stuffing, you can stuff many foods, like chicken, pork, mushrooms, and bell peppers, just to name a few.

The USDA recommends that the entire turkey is cooked to 165°F – including the stuffing – as measured with a food thermometer. If the stuffing doesn’t reach safe minimum internal temperature of 165°F, bacteria can survive and can cause a foodborne illness.

For optimal safety and uniform doneness, cook the stuffing outside the turkey in a casserole dish.

Never leave perishable foods, such as meat, poultry, eggs and stuffing in the “Danger Zone” over 2 hours; 1 hour in temperatures above 90°F.

Leftovers will last for 4 days in the refrigerator, so if you know you won’t use them right away, pack them into freezer bags or airtight containers and freeze. For best quality, use your leftover frozen turkey within four months. 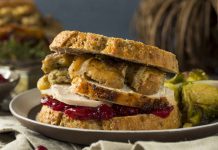 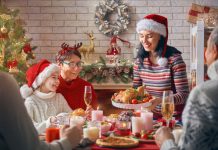 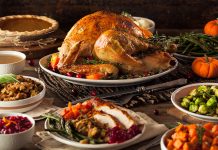