Food contamination by aflatoxins, which can cause cancer, is a growing concern for food safety scientists and professionals.

Aflatoxins are poisonous carcinogens, produced by certain fungi, which grow in soil, decaying vegetation, hay, and are generally found in agricultural crops such as maize (corn), peanuts, cottonseed, and tree nuts.

Aflatoxins can cause serious illness in humans and animals. The effects of aflatoxin exposure may include liver cancer, reproductive problems, anemia, immune system suppression, food allergies, jaundice, and death.

Aflatoxins are a family of toxins produced by certain fungi. The main fungi that produce aflatoxins are Aspergillus flavus and Aspergillus parasiticus, which are abundant in warm and humid regions of the world.

People can be exposed to aflatoxins by eating contaminated plant products (such as peanuts) or by consuming meat or dairy products from animals that ate contaminated feed. Farmers and other agricultural workers may be exposed by inhaling dust generated during the handling and processing of contaminated crops and feeds. Aflatoxin-producing fungi can contaminate crops in the field, at harvest, and during storage.

Aflatoxins are generally found in agricultural crops such as corn, peanuts, cottonseed, and tree nuts – but are also found in improperly stored staple commodities such as cassava, chili peppers, millet, rice, sesame seeds, sorghum, sunflower seeds, wheat, and a variety of spices.

There are four main types of aflatoxins: B1, B2, G1, and G2. Aflatoxin B1 is considered the most toxic and is regulated in the United States at 20 ppb in agricultural products that may be used in human food.

Another type of aflatoxin, M1, can be present in milk taken from animals which have eaten feed contaminated by aflatoxin B1. Pasteurization of the milk does not protect against aflatoxin infection.

The U.S. Food and Drug Administration (FDA) has set “actionable limits” (maximum tolerable level of total aflatoxins) for foods like corn and peanuts to try and control how much aflatoxin is can make its way into available foods sold to humans and used for livestock feed.

To date, no outbreak of human illness caused by aflatoxins has been reported in the United States, but such outbreaks have occurred in some developing countries.

How can aflatoxins affect humans?

Research shows that aflatoxin targets the digestive organs most, especially the liver by raising the risk for liver cancer, heptitis and liver disease. Aflatoxins are 68 times more lethal than arsenic and capable of seriously damaging human and animal livers.

Children are particularly affected by aflatoxin exposure, which is associated with stunted growth, delayed development, liver damage, and liver cancer.

Effects and symptoms aflatoxin long-term exposure can include:

How can aflatoxin exposure be reduced?

You can reduce your aflatoxin exposure by buying only major commercial brands of nuts and nut butters and by discarding nuts that look moldy, discolored, or shriveled.

The foods and crops most likely to be contaminated with aflatoxin include:

Aflatoxin molds are not entirely killed off even when corn, grains peanuts or other foods are processed or roasted, so it can even show up in things like peanut butter and many processed products. Agricultural procedures used in the processing of corn, legumes, soy and peanuts can help to reduce contamination, but the risk still cannot be totally eliminated. 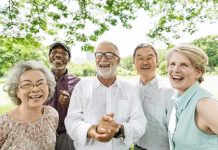 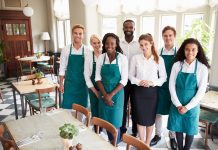 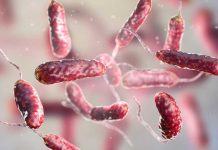