AB 1532 (The Natalie Giorgi Sunshine Act) – amends Section 113947 of the California Health and Safety Code – to require all food handlers to have a simple certification in safe food handling practices for major food allergens.

AB 1532 also added “Organized Camps” to the definition of “Food Facility” for the basis of requiring training for individuals who handle food at camps. This is due to Natalie Giorgi passing away at age 13 due to a severe allergic reaction to undeclared peanut in a treat while at a summer camp in Sacramento.

Food service operations can greatly reduce the risk for allergic reactions among patrons by providing food allergy training for all food-handling personnel, list ingredients for patrons on all menu items, and by dedicating equipment and areas specifically for preparing allergen-free food.

Section 113947 of the California Health and Safety Code:

(a) The person in charge and all food employees shall have adequate knowledge of, and shall be properly trained in, food safety as it relates to their assigned duties.

(b) The person in charge shall comply with both of the following:

(2) Educate the employees at the food facility regarding the information described in paragraph (1), which the person in charge may elect to accomplish by, among other methods, using a poster or job aid to which the employee can refer.

(c)  For purposes of this section, “person in charge” means a designated person who has knowledge of safe food handling practices and the major food allergens as they relate to the specific food preparation activities that occur at the food facility.

According to Food Allergy Research and Education (FARE), about 32 million people in the U.S. have food allergies (and 5.6 million of those are children under age 18).

What is a Food Allergy?

What are the Major Food Allergens?

The eight foods identified by the law as food allergens are:

These eight foods, and any ingredient that contains protein derived from one or more of them, are designated as “major food allergens” by the Food Allergen Labeling and Consumer Protection Act (FALCPA).

This law does not apply to prepared food — only packaged items. As a result, many states have enacted allergen laws that specifically apply to restaurants.

Symptoms of food allergies typically appear from within a few minutes to  2 hours after a person has eaten the food to which he or she is allergic. Allergic reactions can include:


Initially mild symptoms that occur after ingesting a food allergen are not always a measure of mild severity. Following ingestion of a food allergen(s), a person with food allergies can experience a severe, life-threatening allergic reaction called anaphylaxis. This can lead to:

Each year in the U.S., it is estimated that anaphylaxis to food results in:

Prompt administration of Epinephrine by autoinjector (e.g., Epi-pen) during early symptoms of anaphylaxis may help prevent these serious consequences.

It treats severe or life-threatening allergic reactions known as anaphylaxis. Anaphylaxis can occur after exposure to allergens such as:

How to Use an Epinephrine Injector*

*Always follow the manufacturer’s instructions for the specific injector you are using. 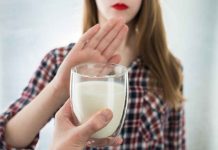 Child Food Allergies and the Holidays 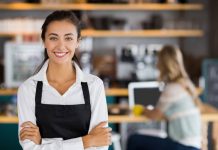